God Is Not a Terrorist 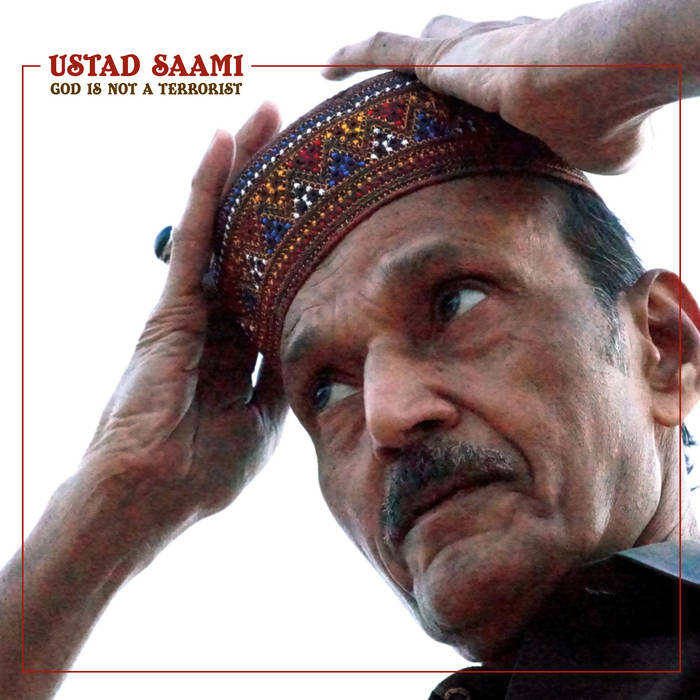 Faisal Jewell The Best Song on the Album is "God Is." Favorite track: God Is.

Camryn Marquez I love this album. It’s got the same wonder to it as Black Merlin’s newest album. The story behind it is beautiful as well. Music is as sacred as it gets, and this album should be treasured and appraised for the quality it demonstrates. Favorite track: My Beloved Is On The Way.

steve roden one of the most beautiful record i've ever heard.... this is incredible!!!!

Hawks crowd the skies above Karachi as a blessing. They are fed the scraps from animal sacrifices due to the prayers of the non-verbal being thought to reach God more powerfully.

75-year-old, Ustad Saami risks his life daily in Pakistan to keep alive his microtonal, pre-Islamic, multilingual (Farsi, Sanskrit, Hindi, the ancient and dead language of Vedic, gibberish, Arabic, and Urdu) music. Handed down by his ancestors for over a thousand years, he is the only practitioner of Surti left in the world and when he passes, this music will die with him as well. Extremists resent his work as they do anything else pre-dating Muhammad.

In the land where Osama Bin last hid, Master Ustad Naseeruddin Saami has spent his entire life mastering the nuances of every given note.

It has been said that India always had a region where all of the greatest singers came from. And that place is Pakistan.

One of just nine countries in the world to possess nuclear arms and the only Islamic nation to do so, the Pakistani state is so feared that the US government does not allows its staff to stay in hotels anywhere in the entire country. Any hotel— about as daunting a travel warning as could be issued.

Driving in from the airport I noticed a man cleaning what I thought was a musical instrument, but then realized was a machine gun. Weaponry is another visual motif throughout the city. Enroute, we passed celebrity-soldier sponsor billboards for house paint. Here, army officers carry a similar hollow cache to reality stars in America.
“To sing is to listen.” These are the words of the master. The translation of his own last name, Saami, even means “to hear.”

For him, everything centers on one note. From that, all else grows and music is seen as a sixth sense for people to better communicate with each other. With great precision, Saami utilizes 49-notes versus the West’s mere seven. The scale was founded by a mix-raced royal whose lifelong endeavor was to make peace with duality through art. This predecessor of Qawwali music is called Khayál, the Arabic word for “imagination” and in it the melody carries the meaning. The lyrics are almost incidental during these call-and-responses.

But today neophyte, urbane media-moguls tell the master that he doesn’t know how to sing since his notes fail to align on a sanitized and dumbed-down grid. Engineers are unable to see his notes on their Pro Tools system, so they assume that it is the artist not the machine that is mistaken. But it is the uneven pitches that the master values as being the most searching, while those with even numbers too stable.

A compounding cultural force is that extremists are driving the music out of Islam, viewing it as having no place in a righteous society. So now the five calls to prayer blasted over intercoms around the clock are harsh and off-pitch. Harmonium, the instrument that is now so strongly associated with the region, was actually introduced by missionaries and banned from the radio until 1962. That was D-Day culturally for Pakistan. The instrument restricted music to off/on keys, excluding all other possibilities.

As we sat being interviewed by a local journalist in a hotel lobby, there was an irony to the endless loop of Christmas songs that filled every corner in the background. And badly rendered MIDI versions at that.

Pakistan was created by the largest mass migration in history as Muslims and non-Muslims swapped sides of the border. Most westward migrants ended-up in the port city of Karachi with the promise that they would eventually be relocated and integrated throughout Pakistan. But that promise remains unfulfilled and these relative newcomers remain cordoned off in the city, forming micro-regions that reflect wherever they migrated from in India before first alighting.

The master shapes the notes with his hands as he sings like conducting a Theremin. Most master’s now hide their knowledge, possessively passing their skills down through family only. Subsequently, traditions have died and wither. Master Saami’s mission is to share his knowledge with the world, so that the music may live on freely.

With the musician’s tongues reddened and teeth devastated from chewing Paan, we recorded all night long taking only a short break for a meal. In the morning after the sun had come up, the younger players were understandably collapsing from exhaustion. The master, though, displayed markedly more energy than when we had begun the night before. He urged the others to keep going, but was unsuccessful. His power proved too much for them to keep up with.

Ustad Saami is the last living Surti master, a precursor of the ancient, Islamic devotional music of qawwali. Even under threat of Islamic fundamentalists, the master has spent his life as a dedicated practitioner of a vanishing art — one that has been passed on from generation to generation since the 13th century. ... more

Bandcamp Daily  your guide to the world of Bandcamp

outré black metal, with a Victory Over the Sun interview and music from Liturgy and Jute Gyte.